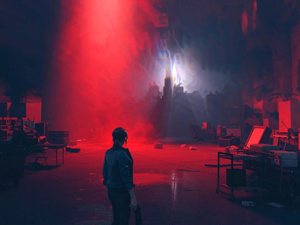 Remedy Told About the Duration of the 'Control'

IT, MediaCulture and leisureOther entertainment activities
OREANDA-NEWS.As it turned out, the studio is in no hurry to move on to huge games and adheres to its standard: like previous games, Control will require about 15-20 hours. Remedy has come to such a "standard" in single-player games for quite some time: approximately the same time it took for gamers to go through Quantum Break and Alan Wake. However, the developers note that Control will still be bigger than previous studio projects.

The fact is that although one passage of the main campaign and side quests will take you about 15-20 hours Control is more replayable than previous studio games, and also less linear in terms of imposing a certain style of play on you.

Because of this, the passing time of Control will vary greatly depending on the style of play you choose, and also on whether you want to go through it in another way — there was simply no such possibility in Alan Wake and Quantum Brake. In general, Remedy calls Control its "the most complex and ambitious project."

Release Control on PS4 and Xbox One will be held on August 27.