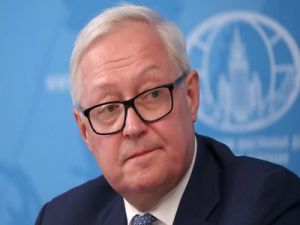 OREANDA-NEWS. Deputy Minister of Foreign Affairs of the Russian Federation Sergey Ryabkov categorically denied the allegations of the American newspaper The New York Times about the alleged arrival of dozens of fighters from Russia to Libya.

"I categorically reject such speculations. We are acting in the interests of a Libyan settlement, we support appropriate efforts, including through the UN, we are in dialogue with those who influence the situation one way or another. We do not believe that there are reasons for such allegations, conjectures, but this is not the first time that the American media disseminates all sorts of fables, malicious rumors, and fabrications addressed to us", Ryabkov told Russian journalists during a working trip to Israel.

"We are already used to it, we take it calmly, although I have to admit that the mood of the American internal audience of this kind has periodic negative influences, and the general atmosphere in the United States, unfortunately, doesn't contribute to the normalization of our ties, which is what we are striving for", he added. According to The New York Times, at least 200 fighters have arrived in Libya from Russia over the past month and a half.