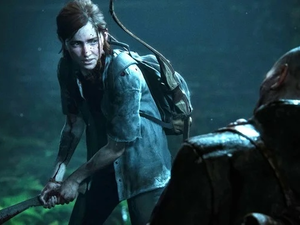 IT, MediaCulture and leisureOther entertainment activities
OREANDA-NEWS.Well-known analyst and insider Daniel Ahmad along with another insider Nibellion reported that The Last of Us: Part 2 will be released in February 2020 and will be available in four editions. Both of them at the same time referred to the insider user from the Chinese forums, which they obviously trust.

According to a Chinese source, Naughty Dog is preparing to release four editions of the game: Standard Edition, Special Edition, Collector's Edition, Ellie Edition. Of course, the last one sounds the most intriguing, but insiders cannot yet provide any details about these publications.

Recall that earlier journalists and insiders have repeatedly said that Sony and Naughty Dog are planning to release The Last of Us: Part 2 in February. The action of the sequel will unfold five years after the original. According to the developers, they completely reworked the game engine, developed a new combat mechanics, created a new analog stealth system and completely updated the animation, so that players could fully enjoy the range of characters' feelings.