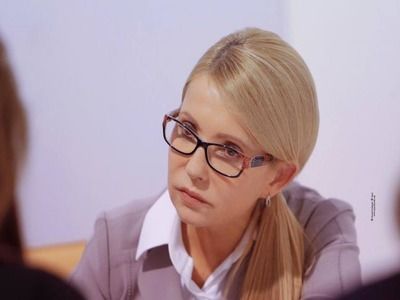 IT, MediaTV broadcastingTVInterstate relations
OREANDA-NEWS. The leader of the Batkivshchyna party, Yulia Tymoshenko, considers it inadmissible to hold a TV bridge with the Russian Federation in the present conditions. "In existing conditions, teleconference is an informational attack that makes up the hybrid war against Ukraine", she wrote on Facebook.

Tymoshenko called on the country's leadership to immediately respond to the situation. “Now is the time when the President of Ukraine, the Council of National Security and Defense, the Security Service must act immediately. We must quickly and firmly react to attempts to attack Ukraine with information,” she said. She also called for the National Council on Television and Radio Broadcasting and Journalists of the Ukrainian TV Channel to say "their word".

The new president of Ukraine has a super-difficult task - to neutralize the information weapon that he launched into the territory of Ukraine and carefully raised the previous president. Now his statements with hysterical condemnation of the space bridge look cynical, given that he himself has built this bridge", Tymoshenko added.

On July 7, on the Russia-1 TV channel, it was announced that on July 12, from 6:00 pm to 8:00 pm, the Kiev-Moscow teleconference “It's necessary to talk” will take place. The TV bridge will be held in conjunction with the Ukrainian TV channel NewsOne, which is part of the media group of the head of the political council of the Social Platform Party For Life party, Viktor Medvedchuk. Strongly against this idea has already made a number of Ukrainian parties.

Relations between Moscow and Kiev have deteriorated against the background of the situation in the Donbas. Ukrainian authorities have repeatedly accused Russia of interfering in the internal affairs of the country.