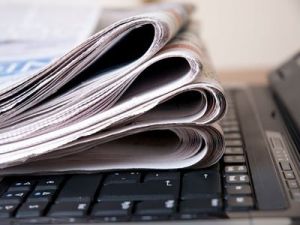 OREANDA-NEWS. The Ministry of Culture of Ukraine has prepared a bill on media, which, among other things, tightens control over the work of the media in the country, and also describes in detail the restrictions on the preparation of journalistic materials about Russia. This was reported on Thursday by the Ukrainian publication Country, which had at its disposal the text of the draft bill.

"Legislatively forbidden to talk objectively about Russia, as well as about what is happening in the Crimea and the Donbass", says "Country" after analyzing the articles of the bill. It is alleged that a whole section is devoted to the topic of coverage of Russia by Ukrainian journalists in it. So, it's prohibited to distribute "materials containing the popularization or propaganda of the authorities of the aggressor state, its officials and organizations, as well as their actions or statements justifying armed aggression and violation of the territorial integrity of Ukraine".

The "Country" is sure that this means "a complete ban on any information from the Russian Federation, except negative". Similar requirements apply to coverage of events in the Donbass. "It won't be possible to objectively cover information from the Donbass, to give different points of view", the article says. The bill says that the citizens of the Russian Federation cannot own and control the media in Ukraine.