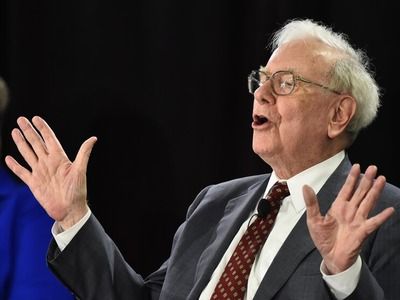 IT, MediaInternet mediaPrint mediaFinance accounting and audit
OREANDA-NEWS. Billionaire Warren Buffett will sell his BH Media Group and Buffalo News to Lee Enterprises. This was reported on Wednesday by Bloomberg. According to him, last year, Buffett complained about the changing media market and admitted that he did not see a way to make his publications profitable. In turn, the BH Media Group in recent years has reduced the number of employees in its own media due to lower revenues from advertising.

It is no coincidence that Buffett opted for Lee Enterprises - this company has been managing the BH Media Group since 2018; in addition, it owns 46 newspapers and more than 300 publications in 21 US states. "We have no interest in selling the group to anyone for another simple reason: we believe that Lee Enterprises are best prepared to cope with challenges in this area," Buffett quoted the agency as saying.

A native of Omaha, Nebraska, Warren Buffett in 2008 headed the list of the richest people on the planet according to Forbes magazine. This publication now estimates the businessman’s fortune at $ 89.9 billion - the third place by this indicator in the world and in the USA. For his phenomenal market flair and virtually unmistakable economic forecasts, the 88-year-old Buffett was nicknamed the Oracle of Omaha.
Source: OREANDA-NEWS
Материалы по теме:

Ambassador of Ukraine Outraged over an Article about Donbass in an Austrian NewspaperOreanda.ru | 07.04.2021 12:01:08