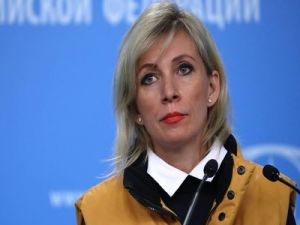 OREANDA-NEWS. The Russian Foreign Ministry plans to comprehensively respond to the harassment of Sputnik Estonia journalists. This was stated by the official representative of the Foreign Ministry, Maria Zakharova, in an interview with the program "Evening with Vladimir Solovyov" on the Russian TV channel. “In this case, based on who is behind the Estonian media space and all the dirty tricks that we see with regard to the Russian media, the answer will be complex and interesting”, she said.

The situation around the Estonian bureau Sputnik worsened in the fall, when local branches of foreign banks froze funds transfers for the bureau’s needs, and the landlord demanded that the agency employees leave the premises rented in Tallinn by the end of February. The Rossiya Segodnya MIA, which owns Sputnik, later said that Estonian authorities threaten agency employees with criminal cases if they do not stop working with the parent organization.

Russian President Vladimir Putin called the pressure on Sputnik in Estonia an amazing cynicism. OSCE Representative on Freedom of the Media Arlem Desir called on the republic’s authorities to refrain from restrictions on agency journalists, and Russian parliamentarians announced their intention to raise the issue of pressure on this media in the OSCE and the Parliamentary Assembly of the Council of Europe.