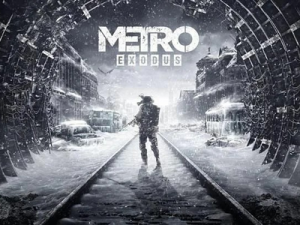 OREANDA-NEWS The name of the game or any other details are still unknown.

Despite the announcement of the new part, fans of the series are waiting for at least two plot additions. The first DLC, called Two Colonels, will be shown at the Gamescom 2019 game show, and the second called Sam's Story will be released next year.

The publisher of the Metro series THQ Nordic has submitted a quarterly financial report. It follows that the company acquired several gaming studios, including, for example, Gunfire Games, which released the Darksiders series.

Fans can learn more about the game during the gamescom 2019 exhibition, which will be held from August 20 to 24 in Cologne. In addition to THQ Nordic, companies such as Valve, Bethesda Softworks, Electronic Arts, Nintendo, Ubisoft and CD Project Red will be presenting their products at the exhibition.