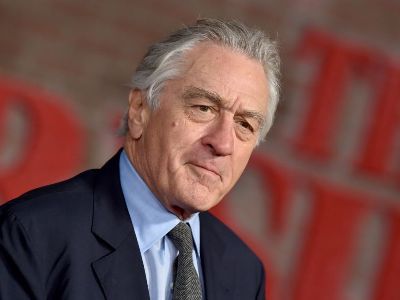 A Film Actor Who Played Villains More than Others Is Named

OREANDA-NEWS. The Independent newspaper reports, citing a survey conducted by the portal guarantorloans.com, that the American actor Robert De Niro topped the list of actors who has the largest number of roles of villains in cinema. 19 such characters are on the account of De Niro, including Vito Corleone in The Godfather Part II (his Oscar role), works in the films Jackie Brown and Goodfellas.

The second place of the rating is occupied by the Swedish actor Peter Stormare, who has played 17 villains (Big Lebowski, Bad Guys 2 and others). Ron Permlan with 16 roles (The Book of Life, Police Academy and other movies) is the third. The top ten also includes Tim Curry, James Woods, Vinnie Jones, Gary Oldman, Christopher Walken, Malcolm McDowell and Samuel L. Jackson.