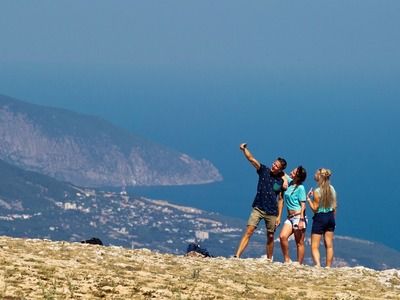 OREANDA-NEWS   Chairman of the Crimean Parliament Committee on the Sanatorium-Resort Complex and Tourism Alexey Chernyak said on Monday that since the reunification of the peninsula with Russia, 26 million tourists visited Crimea, and the number of tourists has increased by 76%.

“Over 26.1 million tourists have visited the Republic of Crimea since the referendum from five continents, 144 countries of the world. The total tourist flow has increased by 76% since spring 2014, ”RIA Novosti reports Chernyak's words.

According to him, this figure can be considered impressive, especially given the Ukrainian sanctions and the blockade of the peninsula.

Recall, on Thursday, June 27 at Rostourism, they said that in the first two months of summer, a week-long vacation in the Crimea would cost at least 30 thousand rubles for two.