The Polish Authorities Formed a Crisis Headquarters to Monitor Speeches at Forum in Israel
State, 23.01.2020, 14:13 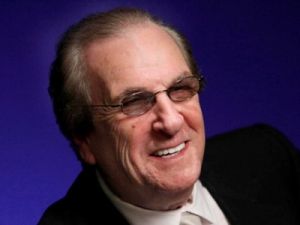 OREANDA-NEWS. American actor Danny Aiello died at the age of 86.

The Hollywood Reporter wrote about it with reference to his representative Tracey Miller. According to her, the actor died on the night of December 12 after a brief illness.

Danny Aiello was born in 1933 in New York, his parents had five children. After school, he joined the army and served in Germany in the postwar years.

When Aiello returned to America, he began working as a loader, and then got a job as an announcer at the bus station. When one of the episodes of the series for ABC channel was shot, one of the actors told Aiello that he should appear on the screen. The first film with Aiello’s participation was released in 1972 when he was 35 years old. He often performed negative characters.

One of the most famous films with his participation was “The Godfather 2” by Francis Ford Coppola released in 1974, in which Aiello played the role of gangster Tony Rosato. He worked with film directors Woody Allen (The Front, 1976; The Purple Rose of Cairo, 1985; Radio Days, 1987), Sergio Leone (Once Upon a Time in America, 1984), Spike Lee (Do the Right Thing, 1989), as well as Luc Besson (Leon, 1994). During his acting career, Aiello performed about 90 roles in cinema.

Aiello was nominated for Oscar prize as Best Supporting Actor for his work in Do the Right Thing.

Aiello also released several jazz albums. One of them got into the top Billboard and took ninth place in the ranking devoted to this musical genre.