IMDb Named the Most Popular Actors and Actresses of 2019 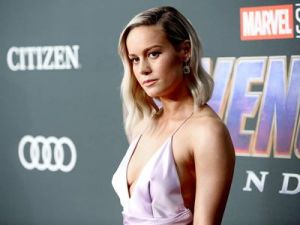 OREANDA-NEWS. The world’s largest cinema database, Internet Movie Database (IMDb), listed the most popular actors and actresses of the past year. It was compiled on the basis of the data of the weekly chart STARmeter IMDbPro, formed regarding the number of views of the actors’ pages on the website.

Oscar winner Brie Larson took first place on the list. In 2019, two films: “Captain Marvel” and “Avengers: Endgame” were released with her participation. In them, she played the role of superheroine Carol Danvers. “We’re looking forward to seeing much more of Larson in 2020 and beyond,” the IMDb site wrote.

On the second line is another American actress Erin Moriarty. She starred in the TV series “The Boys”, which was released on the service Amazon Prime.

Emilia Clarke, who became famous thanks to the role of Daenerys Targaryen in the series “Game of Thrones”, became the third in the rating. This year, she took part in two movies: “Beyond Suspicion” and “Last Christmas”.

The fourth place was gained by the English actress Naomi Scott, who performed in the films “Aladdin” and “Charlie's Angels”.

The fifth line was occupied by Australian Dacre Montgomery, who played the role of Billy Hargrove in the science fiction series “Stranger Things.”