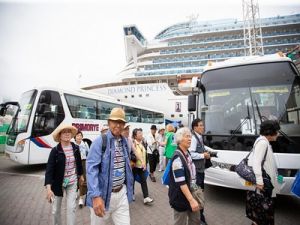 OREANDA-NEWS. The number of foreigners who entered Russia for tourist purposes in the first half of 2019 amounted to 1 million 967 thousand 221 people, which is 24.97% more than in the same period last year. This is stated in the message of the Association of Tour Operators of Russia.

According to the Association of Tour Operators of Russia, the total entry flow of foreign citizens to Russia in the first half of 2019 practically did not increase - the annual increase amounted to 0.78%, all 15.073 million citizens of foreign countries entered the country. The five leaders included Ukraine, Kazakhstan, Uzbekistan, China, and Tajikistan. This is followed by Azerbaijan, Finland, Kyrgyzstan, Armenia and Poland. Experts note that with the exception of China, almost the entire inbound flow from these countries is non-tourist - personal visits, labor migration, visits for shopping and trade.