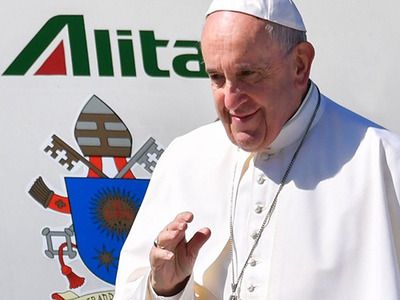 Culture and leisureReligionInternational activitiesEvents
OREANDA-NEWS. Iranian President Hassan Rouhani sent a message to Pope Francis, in which he congratulated him on Catholic Christmas. This was reported on Wednesday by IRNA. "I hope that on this blessed day, the followers of faith in one God will take a step towards the establishment of peace and justice on the planet", he wrote.

In addition, congratulations on Catholic Christmas were published on his Twitter page by the spiritual leader and leader of Iran, Ali Khamenei. "The teachings of Christ say that it is necessary to maintain righteousness and confront ungodly forces. There is hope that Christians and Muslims around the world will adhere to the great instructions of Christ in their actions and actions", he wrote.

December 25 Christmas is celebrated by Western Christian denominations and a number of local Orthodox churches. In Iran, Christians make up about 1% of the country's population, some of whom celebrate Christmas in December. For example, on this day the holiday is celebrated by Assyrian Catholics.
Source: OREANDA-NEWS
Материалы по теме: