A Trailer for the Documentary in Memory of Actor Anton Yelchin “With Love, Antosha” is Released 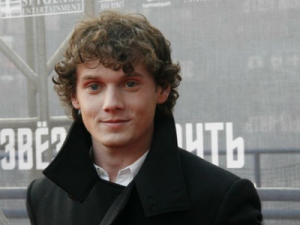 OREANDA-NEWS The story of Anton Yelchin is one of the saddest in the history of modern Hollywood. A talented actor, being at the peak of his career, he worked tirelessly, chose a variety of projects and was always ready to support a novice filmmaker. But in the summer of 2016, as a result of a ridiculous accident, his life was tragically cut short.

Documentary director Garrett Price decided to show what Yelchin was like during his lifetime. The film is based on the personal recordings of the actor, the memories of his parents and everyone with whom he shared the set - Willem Dafoe and Nicholas Cage, Jennifer Lawrence and Kristen Stewart, JJ Abrams and Jodie Foster.

From this, in the film “With Love, Antosha”, there is a portrait of a man who was a true friend and an inspiring example of a real creator on the screen and beyond.