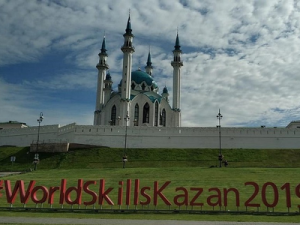 OREANDA-NEWS In Kazan, the cultural program of the WorldSkills Championship for Workers is approved. In the general list of events there are more than 60 events. Damir Natfullin, Deputy Minister of Culture of Tatarstan, spoke about the process of attracting urban cultural objects to the championship program.

There was a brainstorming session, all the leaders of subordinate institutions gathered and expressed their suggestions who and how can participate in organizing the cultural program. There was no obligation. Many theaters, realizing the necessity of participation, themselves expressed a desire to become part of the program.

As a result of the discussions, the cultural program of the championship includes 31 performances in six leading theaters, 16 exhibitions and thematic expositions from the best museums, 9 permanent interactive workshops on professional competencies, concert programs and performances in parks and squares, and the Tatar culture festival “Pechen” bazaars. "

A full list of events organized can be found in the official WorldSkills mobile app.