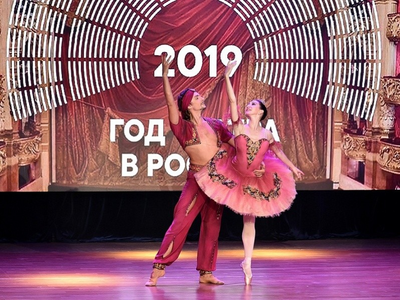 Culture and leisureFilm industryArt
OREANDA-NEWS The annual Kinoshok Film Forum will be held in the resort city from September 1 to September 8. The head of the region was at the opening of the event and welcomed all participants.

Veniamin Kondratiev noted that the “Kinoshok” plays an important educational role and unites people of different generations, countries and nationalities. It also wished everyone a pleasant viewing and a good stay in Anapa.

Films shot by filmmakers of Russia and the CIS countries will compete in five categories. The main prize of the festival is “Golden Vine” and is awarded for the best feature film.

There are special nominations for directing, script, camera work, female and male roles.