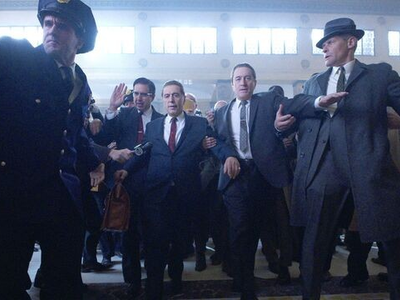 Martin Scorsese's "Irishman"will not be Released in Worldwide Film Distribution

Culture and leisureFilm industryArtCreative personalities
OREANDA-NEWS Martin Scorsese’s "Irishman" movie will be shown in some US movie theaters on November 1, 2019. This was announced on August 27 by the official Twitter page of the project.

On November 8, 2019, a limited number of UK movie theaters will also begin to show the picture. Thus, it can be noted that the film will not be released to the public. At the same time, the Netflix streaming service will start showing it from November 27th.

Recall, Martin Scorsese said that he wants to shoot “Irishman” long before the first official announcement. Al Pacino gave his consent to participate in the project in September 2014. The film also starred by famous crime drama stars Joe Pesci and Robert De Niro.