Painting Caravaggio Was Auctioned in France to a Foreigner 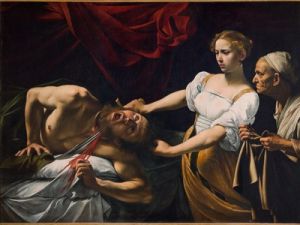 OREANDA-NEWS Earlier, the French authorities announced the painting "Judith and Holofernes", found near Toulouse and attributed to the Italian artist, a national treasure, preventing its sale abroad

The painting “Judith and Holofernes,” allegedly by Caravaggio, was withdrawn from auction in France and sold to a foreign private collector, writes the publication Tribune de l'Art, referring to the communique of the auction house Labarbe.

The canvas depicts the biblical scene: Judith cuts off the head of an Assyrian general Holofernes. The picture was found in the attic of a house near Toulouse when owners tried to eliminate a leak on the ceiling.