Robert Downey Jr. Told About His Life After the Finale of the "Avengers" 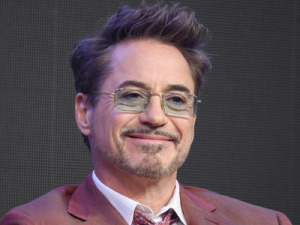 OREANDA-NEWS Actor Robert Downey Jr. admitted that the role of Tony Stark had a strong influence on him, but he tries to keep the "aesthetic distance" from his character.

Downey Jr. thinks that he began to look a bit like his character. He took an active part in the creation of "Iron Man", sometimes putting his career above his personal life and losing balance. At the same time, according to the actor, "there were times when the owner became too similar to his pet." That is why Downey Jr. is trying to keep the "aesthetic distance" from his hero.

He also said that he didn’t accept the final of the Avengers at first, but eventually he realized that in the end of Tony Stark’s story a great mythology was laid down - “it all started with selfishness and a desire to save yourself, and ended with an ultimatum of self-sacrifice.”

The actor will soon delight his fans in Doctor Doolittle's Journey, which can become the beginning of a whole franchise. Do not forget about the third part of "Sherlock Holmes", the premiere of which is scheduled for December 21, 2021.