Russian Movie Theaters will Repeatedly Show the Film "It" 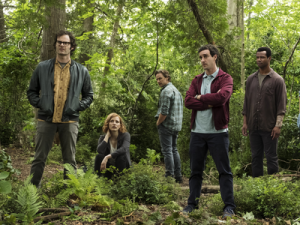 OREANDA-NEWS Russian movie theaters in IMAX format will again show the horror film “It”, which was premiered in 2017. They decided to demonstrate the first part of the film on the eve of the release of "It - 2". The beginning of the story will be shown from August 29 to August 31.

Recall that according to the plot, teenagers from the state of Maine assembled the "Losers Club". Under mysterious circumstances, children begin to disappear in their city. As a result, young heroes encounter an ancient demonic creature, which mainly appears in the form of a bloodthirsty clown Pennywise. To defeat him, the guys had to overcome their most powerful fears.

The premiere of the second part of the film will take place on September 5, 2019.