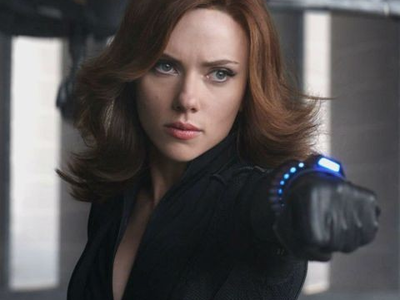 Scarlett Johanson Reveals the Details of the Black Widow

Culture and leisureFilm industryArt
OREANDA-NEWS Scarlett Johanson during the Comic-Con in San Diego told the details of the plot of the Black Widow. The actress noted that fans will have more fight scenes than any other Marvel movie.

“It is full of harsh realism, but rather unexpected,” said Johansson.

The filmmakers were repelled by Terminator 2 and Logan, and the resulting film creates “something like its own genre,” the actress said.

Action will take place after the events described in "Captain America: Civil War." Superhero Natasha will have to deal with the enemies of the past. These events will lead Natasha to the victim in the final blockbuster "Avengers: Endgame."

Antagonist of the main character will be the Taskmaster - a mercenary, able to exactly copy any movements of the enemy. In addition, the film will appear Red Warden, who will play David Harbor.

“Everything is very tough. Probably because the plot is real, the whole action is real and there is a lot of hand-to-hand combat in it. Pretty painful, ”concluded Johansson.

The premiere of the blockbuster "Black Widow" will be held April 30, 2020.