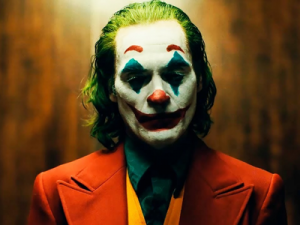 OREANDA-NEWS The director of "Joker", Todd Phillips, admitted that he drew inspiration from the silent film 1928, The Man Who Laughs, based on Victor Hugo’s novel of the same name.

According to Phillips, the black and white drama of Paul Leni inspired the creators of the DC Comics Joker themselves. While working on the Joker, the picture became “an extremely important element (...) which really became the basis of the basics,” the director noted.

Victor Hugo wrote the historical novel "The Man Who Laughs" in the 60s of the XIX century. The book tells the story of a man with a disfigured face who rises from the bottom of English society to the high rank of peer of England. However, wealth and influence do not bring him happiness.