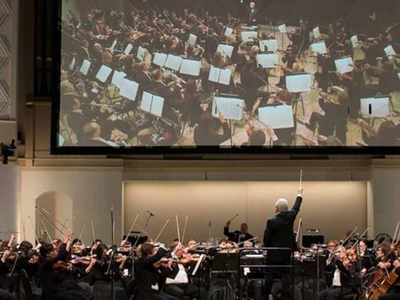 Virtual Concert Halls will Appear in Five Districts of Tatarstan

Culture and leisureArtКультурное наследиеArtistic, literary and performing arts
OREANDA-NEWS Virtual concert halls will be established in Tatarstan. This means that the performance that is shown on the stage can be viewed online. By the end of the year such halls will appear in 5 districts of the republic. They will be opened in the framework of the regional project “Digital Culture”, which is presented as part of the national project “Culture”.

Virtual halls will appear on the basis of the Elabuga Central Library, the Mamadysh Children's Art School, the Bavlinsky Local History Museum, the Spassky District Central Library and the centralized library system in Arsk.