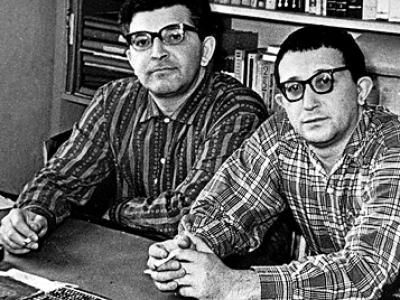 The Monument to the Brothers Strugatsky will be Established in St. Petersburg

OREANDA-NEWS.  The public chamber of St. Petersburg have supported the installation of a monument to the brothers Arkady and Boris Strugatsky in the Park on Moskovsky prospect.

The decision was taken unanimously, the press service of the Public chamber. Monument Srohack plan to build in the Park at the intersection of Moskovsky Avenue and the streets of Frunze.

This place was chosen because it formed a kind of toponymic memory center Strugatsky: on Moskovsky prospect is a square and the square named after writers. In addition, near the house №4 along the street Victories - nearly 50 years lived Boris Strugatsky.

Arkady and Boris Strugatsky — the authors of the many books that have become classics of scientific and social fiction. Many of the works of the authors have been filmed. For example, the novel "roadside picnic" was the basis of the plot of the film Tarkovsky's "Stalker", and the embodiment of the novel "Hard to be God" is the last work of Alexei German-senior.