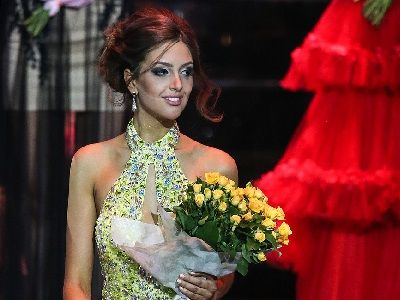 OREANDA-NEWS  The king of Malaysia Muhammad V, Sultan of Kelantan recently celebrated its 49th anniversary. But the monarch pointed out another joyful event. He married the winner of "Miss Moscow 2015" 25-year-old Russian woman Oksana Voevodina.

The wedding took place on November 22 in Barvikha near Moscow, but this unusual wedding became widely known only now. This is understandable: although the event was celebrated at the Barvikha Concert Hall by the Royal luxurious, it doesn't particularly go beyond the family circle. The wedding feast was without alcohol, and all the dishes were Halal. The bride appeared in front of the guests in a white fluffy wedding dress, and her fiancé in Malaysian traditional clothes.

According to the Malaysian newspaper Rakyatku News, for the August wife Oksana six months ago, converted to Islam and took the Muslim name of Rihana. On one of the pictures published in the Network Oksana-Rihana is dressed in a hijab. However, even after the wedding ceremony, Vojvodina will not be able to wear the crown of the Queen of Malaysia. This title is assigned only to the indigenous Malaysian.

It is noteworthy that in the homeland of the monarch, his wedding did not cause much interest: the national television and the state media of Malaysia did not say a word about the new status of the king, the wedding in Moscow was written only in Malaysian blogs. It is said that Muhammad V is not very popular among his subjects: the ruler is often accused of excessive profligacy.

Malaysia's monarchic system has a distinct taste of democracy. Kings in this country are elected and they rule for 5 years. The term on the throne of Muhammad V will end in 2022 and he will hand over his powers to the next in line for the throne. The country is actually governed by the government headed by the Prime Minister, the Malaysian monarchs largely representative functions, but the Royal title remains so and he, as they say, obliges.

Oksana Voevodina won the title of the first beauty of Moscow at the age of 22 years. The contest "Miss Moscow" has been held since 1994.