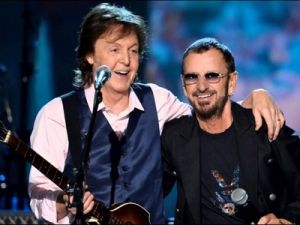 OREANDA-NEWS Paul McCartney gave a concert in Los Angeles with Freshen Up, along with another former member of The Beatles, Ringo Starr, CNN reports.

Reportedly, the last concert of McCartnip's tour was at the sports arena of Dodger Stadium. During the performance, the former vocalist of The Beatles told the audience that they were in for a surprise.

A drum set appeared on the scene, behind which the drummer of the Liverpool Four sat. But first, the musicians embraced and sang two songs by The Beatles - Sgt. Pepper's Lonely Hearts Club Band and Helter Skelter.