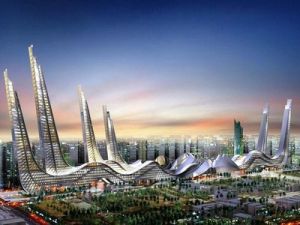 "The United Arab Emirates is a popular destination for Russian tourists, last year the increase in tourist flow amounted to 23%", the head of the Russian state said at the Russian-Emirate talks. He gave estimates of the Russian Central Bank, according to which Russian "tourists spent more than $ 1.3 billion in the Emirates, which is comparable to the volume of bilateral trade".

According to Putin, "the mutual cancellation of visa requirements is called upon to expand contacts between citizens of the two countries." He recalled that the corresponding intergovernmental agreement was signed at the initiative of the emirate side and entered into force in February. “We will continue to move in this direction”, the Russian leader assured.