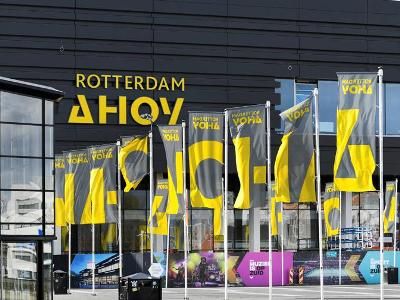 Rotterdam Authorities Announced Their Readiness to Host Eurovision in 2021

OREANDA-NEWS. The authorities of the city of Rotterdam (Netherlands) announced its readiness to host the Eurovision Song Contest in 2021. This was announced by the city council on April 23.

The event was to be held in Rotterdam from May 12 to 16 of the current year. In connection with the worldwide coronavirus pandemic, a decision was made to postpone it to the next year.

The city council claimed that Rotterdam is ready to host the competition on the same dates of 2021 and on the same site. Such a decision was welcomed by the administration of the concert hall Ahoy, which was supposed to host Eurovision 2020.

The final decision on the venue of the competition will be made later, after a discussion of organizational, administrative and financial issues with the European Broadcasting Union.