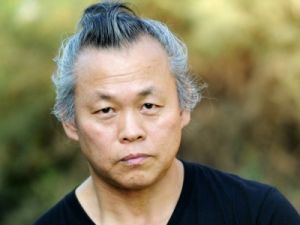 OREANDA-NEWS. The jury of the upcoming 41st Moscow International Film Festifal (MIFF) will be headed by famous South Korean filmmaker Kim Ki-duk, Russian media say according to message given by MIFF press-cutting service.

The jury of the 41st Moscow International Film Festival (MIFF) will be headed by director Kim Ki-duk, the winner of the “Golden Lion”.“This year, the MIFF jury will be headed by South Korean filmmaker Kim Ki-duk. One of his first works, “Real Fiction” (2000), was already presented in the competition during the 23rd MIFF,” says Pyotr Shepotinnik, Director of Public Relations of the festival.

The rest of the jury, as well as all the movies which will be taking part in the competition programs are going to be announced on April 2.

Last year, the jury of the Moscow International Film Festival was headed by Italian producer Paolo Del Brocco. Then Yakut film “Tsar-Bird,” directed by Eduard Novikov, got the main prize.

Program Director of the MIFF, Kirill Razlogov, commented on the appointment of Kim Ki-duk as chairman of the future jury, “In this case, the agreement of Kim Ki-duk is a pleasant surprise for us. It is certainly sensational. He never presided during our festival. He presented his movie in the competition once“.

According to Kirill Razlogov, almost all the movies of South Korean director have been in the Russian box office and Kim Ki-duk is the most famous Korean filmmaker in Russia.

58-year-old Kim Ki-duk shot more than twenty films. He is the owner of the “Silver Bear” of Berlinale 2004 which he got for his “Samaritan Girl”. Also, at the 2012 Venice Film Festival Kim Ki-duk got the “Golden Lion” award for his film “Pietà”.