Culture and leisureTheatrical, circus, other stage performancesConcert halls and theaters 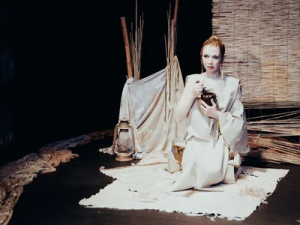 OREANDA-NEWS Russian theaters from New York, Tel Aviv and Warsaw arrived in Moscow. In the capital, they will show their best performances at the festival "World of Russian Theater". The first production on the poster is “Woman in the Sands”. Israeli version of the Zero theater presented its version of the famous novel by Japanese writer Kobo Abe at the Simonov stage of the Vakhtangov Theater. It was created in 2003 by our compatriots Oleg Rodovilsky and Marina Belyavtseva. The performances in it are in two languages: Russian and Hebrew.

If Zero chose a work by a foreign author as a production, then the Warsaw OK Theater settled on the old, good and beautiful Russian classics. Nevertheless, whatever the relationship between Russia and Poland, the magic Turgenev word cannot but bring together. It nourished not only the “first wave” emigrants, but also our contemporaries who left the fatherland and devoted themselves to the spread of Russian culture in the world. An example of this is “Swallow” - a musical drama based on Turgenev’s story “Living relics”. She will also be shown on the stage of the Vakhtangov Theater.

The story of a paralyzed, torn away by people young girl who finds joy in communicating with her double, takes on a symbolic meaning. In such a plot, pagan and Christian rituals are intertwined, and the sound of old Slavonic songs gives the production incredible touch. The script for this piercing story “From the notes of a hunter” was written by Zhanna Gerasimova, she also directed the play. The music for "Swallow" was created by Roxanne Vikaluk.