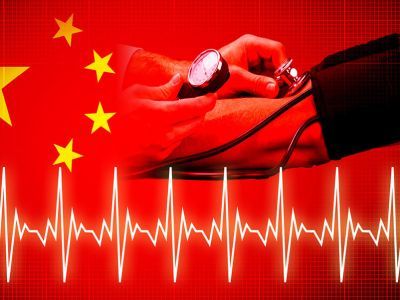 OREANDA-NEWS  More than one-third of adults in China have high blood pressure — often dubbed the “silent killer” for its lack of symptoms — but only about one in 20 have the condition under control. These findings are published Oct. 25 in the Lancet’s special issue on China by researchers at Yale and the Chinese National Center for Cardiovascular Disease.

This is the largest study of hypertension in China ever conducted, involving 1.7 million people between the ages of 35 and 75 in all 31 provinces in mainland China, and 3,362 primary health centers in China.

Uncontrolled hypertension is a significant risk factor for stroke, which causes one in five deaths in China annually. The rate of high blood pressure among the Chinese population is also rising, according to the researchers, who point to an aging population, dietary changes, obesity, and urbanization as contributing factors.

The first study showed the low proportion of people in control of their condition appears across all sections of the Chinese population, and less than a quarter of those with hypertension were taking any medication. In general, treatments were also ineffective, say the researchers, and among those being treated, most were only taking one medication, which may contribute to so few people being able to control the condition.

“The small number of people in China who have this disease under control, even among those who receive medication, is quite alarming,” said co-senior author on both studies, Dr. Harlan Krumholz, the Harold H. Hines, Jr. Professor of Medicine and director of Yale Center for Outcomes Research and Evaluation (CORE).

“Improving both awareness and treatment is likely necessary, but not sufficient, to achieve better control,” added Yuan Lu, associate research scientist at CORE, and an author on both studies. “What is also needed is a broad-based, global strategy, such as greater efforts at prevention as well as better screening and more effective and affordable treatment.”

The second study found that most primary health centers stocked at least one medication for hypertension but only 37% stocked all four classes of medication. One in 12 sites did not stock any of these classes of medication. This study is part of the China Million Persons Project, an ongoing government-funded initiative with the goal of enrolling 5 million people to improve cardiovascular disease risk factors in China.

“This remarkable collaboration has revealed substantial opportunities for improvement with the prospect of preventing millions of events over the next decade if we can succeed in improving the control of hypertension in China,” said Krumholz.

The study was funded by Chinese government agencies.