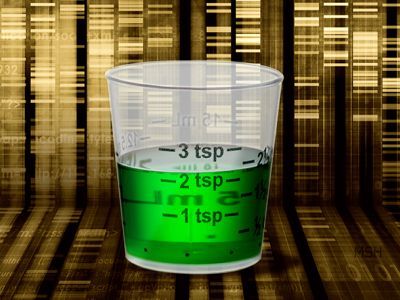 OREANDA-NEWS Yale researchers have discovered a genetic variant that may assist in personalizing treatment of opioid addiction.

The results of their genome-wide association study were published Jan. 24 in the journal Molecular Psychiatry.

The variant helped identify African Americans who might need higher doses of methadone — the most effective treatment for those dependent upon heroin or prescription painkillers. Patients receiving methadone treatment vary widely in their dose requirements. Individualized dosing is crucial to recovery: Too high of a dose can cause sedation and dangerous breathing difficulties; too low of a dose often leads to relapse.

The variant had a large enough effect on dosing requirements that it may be clinically significant, the authors say, enabling doctors to more quickly identify patients who must receive higher doses of methadone. The same variant was also shown by the investigators to predict the morphine dose needed to achieve effective pain control in a population of African American children undergoing surgery.

No such effect was found among subjects of European ancestry who underwent methadone treatment.

“We found specific gene effects in people with African ancestry, an understudied population,” said Joel Gelernter, the Foundations Fund Professor of Psychiatry, professor of genetics and of neuroscience, and senior author of the paper.

Intriguingly, said the researchers, the genetic variant identified among African-Americans is adjacent to the gene OPRM1. This gene encodes the main cell receptor targeted by opioids in the brain. The variant could be used as a biomarker, helping tailor treatment for African-Americans with an opioid use disorder, note the investigators.

“Opioid addiction has become a national epidemic, and improving the effectiveness of medical therapies has to be a priority,” said Andrew H. Smith, a student in the Yale M.D./Ph.D. program and lead author of the study.

Gelernter and Smith both stressed the need for future studies to confirm the effects they observed and to attain a biological understanding of the mechanism.

Primary funding for the research was provided by the National Institute on Drug Abuse.