Science and engineeringGeological survey and geophysics 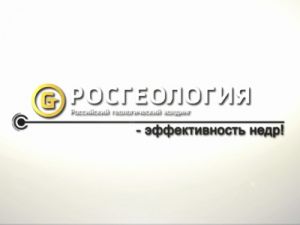 The area, which covers 290 km2 was surveyed under the state contract signed in 2014. The client is the Department of Subsoil Resource Management of the Siberian Federal District.

In the fourth quarter of 2016, the following operations were carried out: drilling of Well No. 500 in Baranchinsky Area, completion of Trench No. 4 in the south-east of the area, collection of 179 core and 120 lithologic and geochemical samples, laboratory tests, updating of analytical database and actual data mapping at 1:25 000 scale, development of geological exploration plans of the sites, compilation of passports of bed-rock targets with prognostic gold resources. These deliverables and a final geological report have been approved at FGUP TsNIIGRI.

Rosgeologia was established by Decree No. 957 of the President of the Russian Federation dated July 15, 2011 on the basis of Tsentrgeologia, one of the oldest exploration companies of Russia. Rosgeologia is a fully state-owned company.

The enterprises within the holding company operate in all eight federal districts of Russia. Rosgeologia includes 53 enterprises located across the country. A total of more than 1,000 fields and deposits have been discovered by the holding’s companies, including major hydrocarbon and solid mineral deposits and fields such as the Astrakhan field (2.5 trillion cubic meters of natural gas), the Tengiz field (3.1 billion tonnes of oil), the Kovykta field (1.9 trillion cubic meters of natural gas), the Sukhoi Log deposit (about 2,000 tonnes of gold), the Kursk Magnetic Anomaly, and many others.

Rosgeologia’s subsidiaries have rich experience in implementing projects abroad: dozens of new fields and deposits have been discovered in Asia, Europe, Africa, and Latin America.