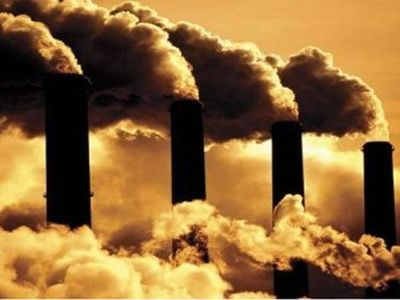 OREANDA-NEWS  The US National Academies of Sciences, Engineering, and Medicine has proposed a new framework for US agencies to use to estimate the 'social cost of carbon dioxide' emissions. Myles Allen, Professor of Geosystem Science at the Environmental Change Institute, helped compile the report which will strengthen the scientific basis and provide greater transparency for US climate policy.

The social cost of carbon (SC-CO2) is an estimate, in dollars, of the net damages incurred by society from the emission of a single additional tonne of carbon dioxide in a given year. The dollar figure also represents the value of damages avoided by cutting emission of one tonne. The SC-CO2 is intended to be a comprehensive estimate of the net damages from carbon emissions —that is, the net costs and benefits associated with the effects of climate change such as changes in agricultural productivity, risks to human health, and damage from events like floods. The US government has to estimate the costs and benefits of proposed regulations, for example, in standards for emissions from vehicles or fossil-fuel powered plants, or energy efficiency standards for appliances.

This framework can be used to translate reductions of carbon dioxide emissions into monetary benefits. The report recommends that four key steps of social cost of carbon dioxide estimation: the projection of future socioeconomics and emissions, the translation of emissions into climate change, the translation of climate change into damages to human welfare, and the discounting of damages over time.

An organisation called the federal Interagency Working Group on the Social Cost of Greenhouse Gases (IWG) developed a methodology in 2010 to estimate the social cost of carbon. This followed a court ruling creating an obligation that still continues, so if the government wants to propose regulations that decrease or increase carbon dioxide emissions, it is legally required to estimate the economic consequences. This latest report updates the methods of calculating the monetary costs.

The modular framework we propose should allow the impact of these ethical decisions to be made clear, independent of the climate science

The study was funded by the US Department of Energy. The National Academies of Sciences, Engineering, and Medicine are private, non-profit institutions that provide independent, objective analysis and advice to the nation to solve complex problems and inform public policy decisions related to science, technology, and medicine.