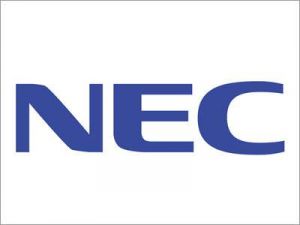 OREANDA-NEWS. NEC Corporation (NEC; TSE: 6701) today announced that it trialed a system to dynamically create and utilize optimized networks by monitoring network traffic volumes and information tied to Internet of Things (IoT) devices, such as video cameras. This trial was conducted between February 24 and February 26, 2017, in a joint effort with Japan's National Institute of Information and Communications Technology (NICT) using broadcast video images (*1) of a Japanese pro-baseball training camp, and utilizing the JGN and RISE (*2) testbeds provided by NICT.

During the trial, NEC carried out real-time monitoring of network traffic to build and deploy individual virtual networks with the necessary performance capabilities, such as transmission bandwidth and processing capabilities, for successfully transmitting pro-baseball training camp broadcast images from Okinawa, Japan.

"Improving the ability to share network infrastructure is an important issue in achieving the widespread adoption and popularization of IoT services. From the perspectives of cost and operability, it is not realistically feasible to construct individual, independent network infrastructures on a service-by-service basis. Linking IoT service enablers with SDNs is one new solution that enables us to resolve these kinds of issues; and to construct service-oriented networks as needed in order to cater to continually changing IoT environments and requirements. Based on this trial using JGN and RISE, we now have high hopes that this solution will be used in various services, as a highly-competitive product," said Kazumasa Kobayashi, Director of the JGN Network Operation Group, National Institute of Information and Communications/Visiting Professor, Nara Institute of Science and Technology.

"We are honored to contribute to this trial with NICT," said Shigeru Okuya, General Manager, SDN/NFV Division, NEC Corporation. "Moving forward, we will continue to engage proactively in trials, research and development efforts utilizing SDNs and IoT service enablers in order to improve service quality for telecommunications operators and reduce network operating costs."