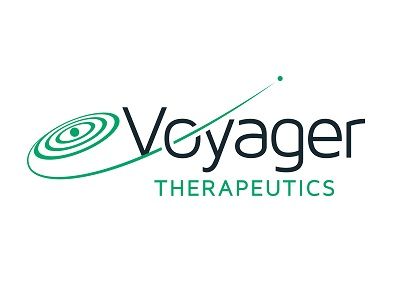 “A core competency of Voyager’s gene therapy platform is vector optimization and a critical component of this is optimizing and choosing the capsid, or outer shell of the gene therapy vector,” said Dinah Sah, Ph.D., Voyager’s chief scientific officer. “At this year’s ESGCT meeting, we describe exciting progress with novel AAV capsids that enhance the transfer of genes to the brain and spinal cord of non-human primates and in a preclinical model of Friedreich’s ataxia, representing unique opportunities for our current pipeline as well as for future potential programs. An additional core competency of Voyager is the production and manufacturing of AAV gene therapy vectors at scale, and at the meeting, we also describe the high yield and quality of AAV vectors produced with Voyager’s baculovirus/Sf9 manufacturing system.”

Clinical, Preclinical, and Manufacturing Posters and Presentations at ESGCT

“Translation of Intravenous Delivery of AAV Gene Therapy for the Treatment of CNS Diseases.” Poster P209.

Intravenous dosing of AAV gene therapy vectors in adult large mammals has resulted in limited transfer across the blood-brain barrier to achieve gene expression in the central nervous system (CNS). In these studies in adult non-human primates, novel AAV gene therapy capsids readily crossed the blood-brain barrier after a single, intravenous administration resulting in widespread, enhanced gene transfer to the brain and spinal cord. One month after dosing of a transgene encoding both a therapeutic protein (frataxin) and a reporter gene (HA) to facilitate molecular and immunohistochemical measurements, substantial levels of frataxin-HA were expressed in the CNS, including motor neurons throughout the length of the spinal cord, the brain stem, pyramidal neurons in the motor cortex, and neurons in the substantia nigra, thalamus and cerebellar dentate nucleus. Voyager continues to conduct additional studies in non-human primates with these and other novel AAV capsids to optimize delivery of genes to regions critical for the treatment of amyotrophic lateral sclerosis (ALS), Parkinson’s disease and Friedreich’s ataxia (FA), as well as other severe neurological diseases.

“Rescue of Central and Peripheral Neurological Phenotype in a Novel Mouse Model of Friedreich's Ataxia by Intravenous Delivery of AAV Frataxin.” Poster P107.

Friedreich’s ataxia is a severe, inherited neurological disease caused by mutations in the frataxin gene leading to decreased expression of frataxin (FXN), which results in severe sensory impairment, progressive loss of the ability to walk, generalized weakness, loss of sensation, as well as severe and potentially fatal cardiomyopathy. In a transgenic mouse model of FA, one-time intravenous post-symptomatic dosing of an AAV vector composed of a novel AAV capsid and a frataxin transgene, together with intracerebral dosing also delivering a frataxin transgene, rapidly halted and reduced FA disease progression in multiple tests including three functional tests of motor behavior and one electrophysiological test. In addition, increasing intravenous vector doses with the same novel capsid together with a fixed dose of the intracerebral vector led to a dose-dependent rescue of the FA phenotype. This novel AAV capsid provided at least 20-fold greater delivery of the vector to sensory ganglia as measured by vector genomes, and approximately a three-fold greater expression of frataxin in the cerebellum, as compared to an AAV9 vector at a similar dose. Additional preclinical studies are underway at Voyager including steps to optimize a lead clinical candidate for the treatment of FA.

“Translation of Intrathecal Delivery of an AAV Gene Therapy Targeting SOD1 for the Treatment of ALS.” Poster P207.

ALS is a rapidly progressive, fatal disease characterized by the degeneration of nerve cells in the spinal cord and brain resulting in severe muscle atrophy with loss of the ability to walk and speak, and premature death. Mutations in the superoxide dismutase 1 gene (SOD1), the first mutant gene discovered to be causal for the development of ALS, lead to motor neuron loss through a toxic gain of function mechanism and accounts for two to three percent of ALS cases worldwide. Intrathecal (IT) administration of AAV vectors in preclinical models of ALS has effectively transferred genes to the spinal cord, providing less exposure to peripheral tissues and reducing the impact of pre-existing immunity compared with systemic dosing. However, the efficacy of an AAV gene therapy directed against SOD1 has not been reported to date in a large animal model of ALS.

In this study, Voyager evaluated IT delivery of an AAV gene therapy vector targeting SOD1 using RNAi for the treatment of canine degenerative myelopathy, a naturally-occurring disease of companion dogs that is similar to some forms of human ALS, including the SOD1 form of disease. The results demonstrated that a single IT administration of Voyager’s AAV SOD1 RNAi vector resulted in 74% and 41% suppression, or knock down, of SOD1 mRNA in dorsal root ganglia and spinal cord, respectively, and was well-tolerated. Precise and efficient processing of the primary microRNA was also observed.

“Selection of an AAV Gene Therapy Targeting Huntingtin for the Treatment of Huntington's Disease.” Poster P212.

Huntington's disease is a fatal, inherited neurodegenerative disease that results in the progressive decline of motor and cognitive functions caused by an expansion mutation in the huntingtin, or HTT, gene. For the treatment of Huntington’s disease, suppression of mutant huntingtin as a therapeutic approach is supported by multiple preclinical studies. Voyager previously selected VY-HTT01 as a clinical candidate for the treatment of Huntington’s disease. VY-HTT01 is composed of an AAV capsid and proprietary transgene that harnesses the RNAi pathway to selectively knock down the production of HTT mRNA. Direct delivery of VY-HTT01 to the brain with a one-time administration could potentially slow or halt the progression of Huntington’s disease.

In the non-human primate putamen (a disease-relevant region of the brain), VY-HTT01 resulted in 54% suppression of HTT mRNA after a single administration. The extent of HTT mRNA suppression, as well as the high precision and efficiency of primary microRNA processing and tolerability in the non-human primate supported the selection of VY-HTT01 as the lead clinical candidate. Preclinical pharmacology and toxicology studies are underway with VY-HTT01 to support filing of an IND application.

In healthy individuals, tau is an abundant soluble cytoplasmic protein in neurons that binds to microtubules to promote microtubule stability and function. In Alzheimer’s disease (AD), Frontotemporal Dementia (FTD), progressive supranuclear palsy (PSP) and other tauopathies, tau aggregates and forms insoluble neurofibrillary tangles that closely correlate to the progression of neurodegeneration. The use of therapeutic antibodies targeting various forms of tau to prevent, reduce, or slow the development of tau pathology is an important potential therapeutic strategy for these diseases.

Because of the blood-brain barrier, only very low levels of antibody distribute to the brain from the systemic circulation after passive immunization, resulting in modestly reduced tau pathology in animal models. In Voyager’s study, a one-time intravenous dose of an AAV vector composed of a novel capsid and transgene encoding an anti-tau antibody penetrated the blood-brain barrier resulting in widespread and durable expression of a tau monoclonal antibody in the brain and spinal cord to levels at least 15-fold higher than those achieved following standard passive immunization.

These data suggest that intravenous dosing of vectorized anti-tau antibody with a novel AAV capsid represents a new single-dose therapeutic strategy for treating various tauopathies, including FTD and AD. Voyager is optimizing the AAV vectored delivery of monoclonal antibodies directed against tau and other misfolded proteins to potentially treat a variety of neurodegenerative disorders.

Voyager’s lead program for Parkinson’s disease, VY-AADC01, is designed to deliver the AADC gene directly into neurons of the putamen where dopamine receptors are located, bypassing the degenerating dopamine neurons of the substantia nigra and enabling neurons of the putamen to express the AADC enzyme and to convert levodopa into dopamine. The approach with VY-AADC01, therefore, has the potential to durably enhance the conversion of levodopa to dopamine and provide clinically meaningful improvements in motor function in advanced Parkinson’s disease patients, improving their symptoms at lower doses of levodopa and following a single administration.

Recently reported data for VY-AADC01 from the ongoing Phase 1b data will be presented at this year’s ESGCT. The results demonstrated durable, dose-dependent and time-dependent improvements across multiple measures of patients’ motor function after a one-time administration of VY-AADC01, and with meaningfully lower doses of oral levodopa. These measures include patient-reported diaries, Parkinson’s disease rating scales, and activities of daily living. Voyager will continue to follow the patients in this Phase 1b trial. A pivotal Phase 2-3 program is scheduled to begin later this year with patient enrollment commencing the first half of 2018.