New Anti-records of COVID-19 are Set Throughout the World

Lukashenko Announced Readiness to Build a Sea Terminal in Russia 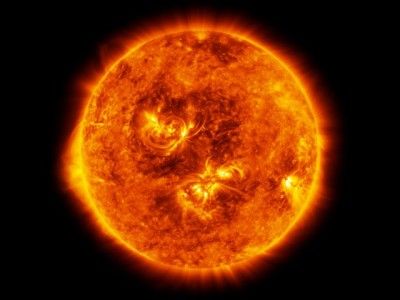 Astronomers have Found "Twin" of the Sun

OREANDA-NEWS. Astronomers discovered an elderly star in the constellation Ursa Minor, which began to "cough" and shed its outer shells in the last moments of life.  Observing it will help you understand how our star will die in the distant future, scientists write in the Astrophysical Journal.

"Observations on its evolution will help us test many theories about the death of stars in the next half century," said Meredith Joyce of the National University of Australia in Canberra.

In her opinion, the star in the constellation Ursa Minor will turn into a white dwarf in a few hundred thousand years, destroying everything living in its system.  Meredin Joyce suggested that after about 4.5-5 billion years, our Sun will also exhaust its hydrogen reserves, the so-called “nuclear fuel”, and begin to burn helium.

This will lead to an increase in the volume of the star, which will absorb the nearest planets: Venus and Mercury, and will turn the Earth into a lifeless hot ball .