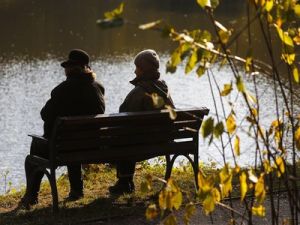 OREANDA-NEWS. The average life expectancy of Russians increased to 73.6 years in eight months of 2019, the press service of the Russian Ministry of Health told reporters on Wednesday.

“Over the eight months of this year, an increase in life expectancy to 73.6 years was recorded on average - by 0.7 years compared with the indicator of 2018. For women, the average life expectancy exceeded 78.5 years. This happened due to the additional preservation of 34 thousand. "The death rate for 1 thousand people decreased by 3.1% compared to the same indicator in 2018".

According to a medical and demographic study published in the medical journal Lancet in 2018, Russia has the largest difference in life expectancy between men and women in the world, but from 1980 to 2016 this inequality decreased slightly from 11.6 years in 1980 to 10.9 years in 2016. Also in Russia, the so-called super-mortality of men of working age is observed, it is about twice as high as the mortality of women at this age and is usually associated with alcohol consumption. As noted by Skvortsova, up to 70% of deaths of men under 55 are associated with this bad habit.