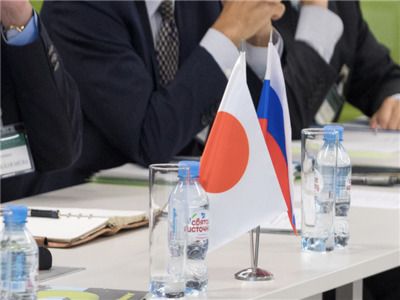 Science and engineeringNew technologiesEventsInternational activities
OREANDA-NEWS. The Advanced Technology Exhibition (CEATEC) opened Tuesday at the Makuhari Messe exhibition complex in Chiba Prefecture, adjacent to Tokyo. According to the organizers, this year more than 780 different companies, including 11 from Russia, take part in it.

“On the Russian side, the exhibition was organized by the Russian Export Center (REC) with the support of the Ministry of Economic Development of the Russian Federation. This year, 11 Russian companies leading their activities in the field of advanced technologies take part in it. This is the second time that Russian representatives come to the CEATEC exhibition, which is one of the best in their field", said Natalya Yurkanova, economic trading adviser to the REC in Japan and Southeast Asia, in a conversation with a Russian media correspondent.

During the exhibition, which runs until October 18, Tsuru Robotics will present a number of innovative products, including a robotic inventory system, programmable drone designer. The Promobot company will introduce everyone to its invention - a service robot for business. He communicates with people, recognizes faces and speech, moves independently, avoiding obstacles. Such androids are already represented in more than 30 countries of the world.