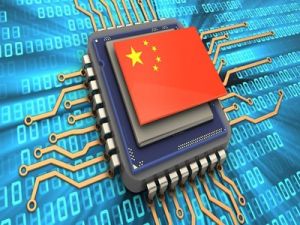 OREANDA-NEWS. China strongly opposes the US intention to limit the export of high technologies to some countries, in particular the PRC, and believes that this will undermine cooperation between enterprises of the two states. On Wednesday, during a regular briefing, said Foreign Ministry Spokesperson Gen Shuang. "We saw a corresponding statement. China strongly opposes the US abusing the concept of national security and export controls, which undermines the normal cooperation between China and the United States and countries", said Geng Shuang.

"It's a mistake to believe that restricting the export of high technology from the United States will lead to a deterioration of the situation and the suspension of scientific and technological innovations in China, will negatively affect the development of China. The United States is too arrogant", the diplomat said.

As Reuters reported on Tuesday, US presidential administration Donald Trump is finalizing a list of rules aimed at restricting high-tech exports to rivals such as China. According to the agency, the US Department of Commerce is introducing the “Five Finish Finish”, covering, inter alia, quantum computer calculations and 3D printing technology.