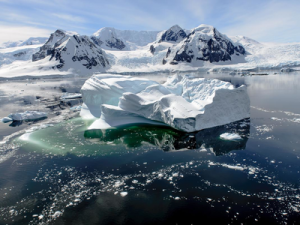 OREANDA-NEWS. German climatologists have proposed an unusual way to slow the melting of polar ice. Scientists want to cover the Antarctic glaciers with artificial snow. It is assumed that this will slow down the growth of the level of the oceans and will prevent a global catastrophe.

The more the climatic changes provoked by global warming are manifested, the clearer it is that in the coming decades the Earth’s appearance may change in a most radical way.

Computer calculations have shown that 7400 billion tons of snow mass is needed, which should cover glaciers for ten years. As a result, it will be possible to slow down the rise in ocean level.

However, the problem is that humanity does not dispose of such a huge amount of snow, and it will take a lot of energy to transport it.