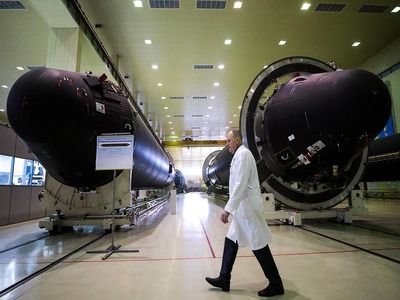 Science and engineeringSpace transportationNew technologiesInternational activities
OREANDA-NEWS. The company International Launch Services (ILS) proceeds from the fact that commercial space launches of the new Russian carrier Angara of the heavy class will begin no earlier than 2025. This was announced on Tuesday at a meeting with journalists Kirk Paycher - President of ILS, the majority share in which belongs to the State Space Research and Production Center (GKNPT) named after Khrunichev.

Paischer, together with the General Director of Glavkosmos JSC (a subsidiary of Roskosmos), Dmitry Loskutov, presented to the press in general terms new work plans. More recently, ILS began to operate under the auspices of "Glavkosmos". So far, ILS has been promoting the Proton and Angara 1.2 carriers on the international space launch services market, but now its activities, as Plovers and Picscher have announced, will expand. The head of ILS confirmed that the company will in the future switch to working with the heavy "Angara". However, this will require the completion of construction already begun at the Vostochny cosmodrome, said Paycher. As he recalled, "the plan is to make the first launch of the Angara from there in about 2023".

“Of course, these first launches will be mainly for Russian federal programs. We do not expect Angara’s commercial launches until around 2025, then, eventually, there will be a transition period, and it will probably end in 2026-2027,” - noted the American specialist. According to him, "Proton" will continue to fly until there is a proper replacement".