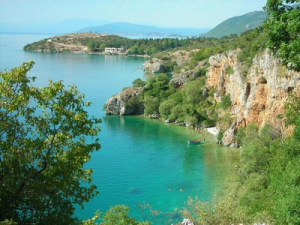 OREANDA-NEWS An international group of scientists said that a unique lake has been discovered in Europe. It has its own special climate, which has not changed for the last 1.36 million years. To this conclusion, the researchers came after studying the sediments formed in the bed of the lake. Lake Ohrid, located on the border of Albania and Northern Macedonia, is considered one of the oldest on the planet.

A team of scientists from the University of Wollongong used the drilling method to get to the deepest deposits of sediments. The aim of their research was to create a model of the future climate in the region under changing temperature conditions upwards. A special device drilled the site to a depth of 245 meters.

Geochemical data indicate that the Central and Northern Mediterranean sea during the interglacial periods had huge amounts of precipitation during the summer and until mid-autumn. This factor has led to the fact that the volume of winter precipitation in these areas has increased significantly. They were important for agriculture because the Mediterranean climate was generally considered difficult and arid.