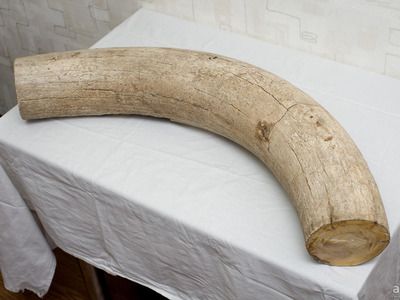 In Yakutia, Found the Skeleton of a Mammoth with Tusks, Processed by Ancient Man

OREANDA-NEWS During the expedition to the Kotelny Island, paleontologists from northeastern Siberia discovered a giant skeleton with traces of anthropogenic impact.

On a plot of 20 square meters was found the skeleton of a mammoth, consisting of 40% of the bones. It is noteworthy that traces of processing, presumably by ancient man, were found on the fragments of canine.

Fangs weighing 23.6 kg were delivered to Yakutsk for further research. Siberian Scientists and archaeologists will look for confirmation of the human impact on the find, and laboratory tests will help determine the exact age of detection.