IT Technologies Helped Uncover 1.5 Times More Cartels in Moscow in I Quarter of 2019 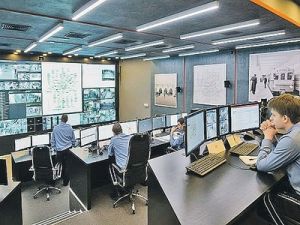 OREANDA-NEWS. Digital technologies helped uncover one and a half times more cartel collusion in the auction in Moscow for the first quarter of 2019 compared with the figures for the same period last year. To identify them, the Moscow Office of the Federal Antimonopoly Service uses the latest equipment and software, the press service of the Moscow competition policy department said on Wednesday.

“Cartels remain a huge problem in creating a healthy competitive environment. The bulk of the fines levied by the Moscow FAS Russia are accounted for by collusion in tenders. In the first quarter of this year alone, 17 cases were opened and eight collusions were revealed by staff members who had already paid fines of 36 million rubles, which is one and a half times higher than last year", the press service of the capital FAS Armen Khanyan quotes.

The press service notes that to collect the evidence base, mathematical modeling of the participants' behavior at the auction is used, and during the testing activities - the most modern equipment. All this allows to carry out work on the identification of cartels remotely, thereby reducing the time needed to prepare the evidence base necessary to initiate a case.

"While confirming the existence of a cartel collusion, the antimonopoly service conducts a comprehensive check on the actions of its participants. And in addition to the recorded minimum decline at the auction (from 0.5% to 1%), companies behavior during participation in other purchases and the use of a unified IT infrastructure are analyzed participants of the conspiracy", - said in a statement.

Cartel collusion is a serious constraint on competition in the procurement market. Because of them, new players are not allowed into the market, prices are artificially rising, and competition disappears altogether. Today the authorities are actively working to prevent cartel collusion.