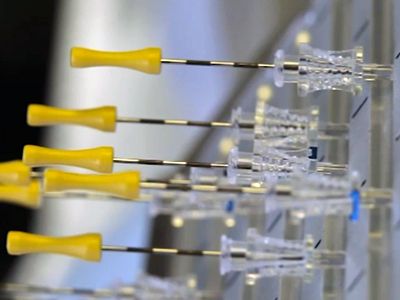 Japan and Russia will Cooperate in the Field of Nuclear Medicine

OREANDA-NEWS. On June 27, the first agreement between Russian and Japanese oncologists on cooperation in the field of nuclear medicine was signed at the meeting of the leaders of the G-20 countries.  The document was signed by Andrei Kaprin, Director General of the Radiology Research Center, Academician of the Russian Academy of Sciences Andrei Kaprin, and President of the International Cancer Institute (Osaka) Nariaki Matsura.

The contract provides for joint research on radiotherapy with carbon ions, neutron capture therapy, overcoming the radiation resistance of tumor cells, artificial intelligence in the field of medicine.

Recall: in April 2019, during a visit by Japanese oncologists to Moscow, a project was launched to create an international telepathological platform based on the Russian Radiology Center, which will be based on the unique experience of specialists from the two countries and equipped with new generation equipment from leading Japanese manufacturers.