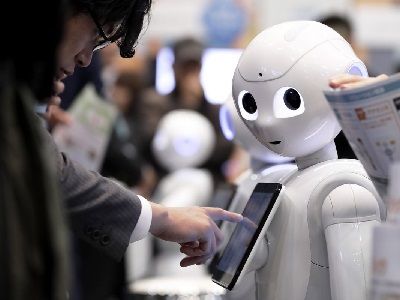 Microsoft Called Russia a Leader in the Introduction of Artificial Intelligence

OREANDA-NEWS  Russian companies are the international leaders in the introduction of artificial intelligence (AI), they have overtaken the US and Western Europe in this indicator. This is stated in a study by Microsoft.

The study is based on a survey of 800 top managers of companies with a staff of more than 250 people. Specialists from Russia, UK, USA, France, Germany, Italy, Netherlands and Switzerland participated in the survey.

According to Microsoft, in Russia 30% of managers are actively implementing AI, the world average is 22.3%, and, for example, in France is at the level of 10%. Among the priorities of the use of AI top managers from Russia called the correct formulation of the objectives (32%), development of business ideas (26%) and identification of new market opportunities (25%).

Russian leaders took second place (who is the first, not specified) in terms of positive attitude to AI — 73%. The Russians, Microsoft notes, also showed a higher readiness for training in the field of artificial intelligence: 90% (worldwide — 67.3%) expressed a desire to attract specialists to work more effectively with this technology. 30% of Russian managers are ready to allocate time to adapt to new working conditions, in the world this figure is 20.3%.​