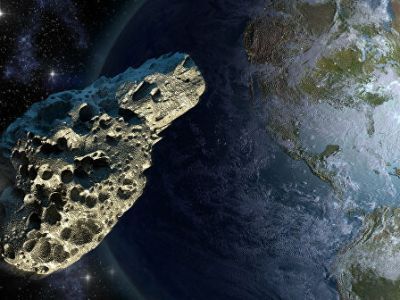 OREANDA-NEWS. The official website of National Aeronautics and Space Administration (NASA, USA) reports that a potentially dangerous asteroid will approach the Earth at the end of April.

According to scientists, asteroid number 52768 (1998 OR2) will be closest to our planet on April 29. On this day, it will be 6.29 million kilometers from the Earth, at a distance 16 times further than the Moon. The diameter of the asteroid is from 1.8 to 4.1 kilometers. An object is considered potentially dangerous, since its flight trajectory crosses the Earth’s orbit. It makes a revolution around the Sun in 3.68 earth years.

The approach of potentially dangerous asteroids to the Earth is not so rare. So, in mid-February, NASA reported of a celestial body number 163373 with a diameter of 440 to 990 meters, which flew to our planet at a distance 15 times farther than the distance to the Moon.
Source: OREANDA-NEWS
Материалы по теме: