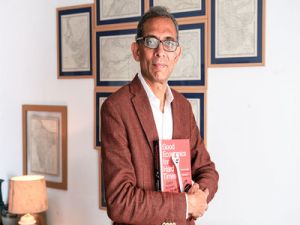 OREANDA-NEWS. The need to reduce taxes to stimulate investment and economic growth is a “myth” invented by business. This was stated by American scientist of Indian origin Abhijit Banerjee, winner of the 2019 Nobel Prize in Economics, writes the American media.

According to him, tax cuts "give an incentive" only to the rich who are already "sitting on a ton of cash". A more appropriate approach to stimulate demand is to raise some taxes (payments for well-off people) and “give out money” to people so that they can spend it, Banerjee said. “You don't stimulate growth by cutting taxes; you do this by giving money to people. Investments will respond to demand”, he said.

As the scientist added, growing inequality in developed countries like the United States has angered people and contributed to the tension observed in international trade today. “It's unbelievable that for the sake of economic growth, you allowed inequality to reach that level”, he concluded. In October, Banerjee, his wife, Frenchwoman Esther Duflo, and American Michael Kremer were awarded the Bank of Sweden Prize (unofficially considered the Nobel Prize in Economics) for finding scientifically proven poverty alleviation measures.